From an architectural point of view, the Palace of Cinquantenaire is one of the most representative buildings in Brussels.

The Palace is located on the east of the Cinquantenaire Park (Parc du Cinquantenaire) and it is easily recognisable because it houses a triumphal arch with a bronze chariot in the centre of the arch, very similar to Berlin’s Brandenburg Gate.

The palace and arch were built to commemorate the fiftieth anniversary of the independent state of Belgium. Presently, the building houses three museums: Autoworld, the Royal Military Museum and the Cinquantenaire Museum.

This park is usually a little less lively than the Brussels Park (Parc de Bruxelles) but, if you visit the area, you can go for a short walk around and check out its numerous statues. 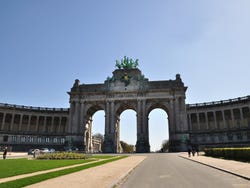 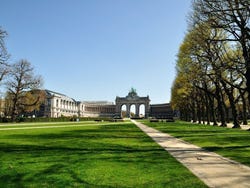 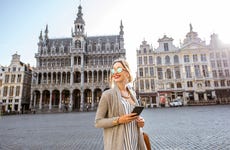