The museum is housed in an Art Nouveau building that was designed by the well-known Belgian architect, Victor Horta.

In the first part of the museum there is a small exhibition dedicated to the comic book creation process, from the initial idea until it takes form and it is ready to print.

In the “Espace Saint Roche” there is always a temporary exhibition of some of the 6.000 original comic strips housed in the museum, many of which were rescued from the rubbish bins of the main editors.

One of the areas of the museum called “le Musée de l’Imaginaire” reflects the origins of the cartoon strips with special detail on the classic characters, while on the second floor, the exhibitions are based on current comic strips, especially about politics, satire and erotica.

Tintin, the most popular comic strip

In the Belgian Comic Strip Center also includes a tribute to The Adventures of Tintin, a young Belgian reporter created by Hergé in 1929 that has been translated into forty languages and has sold over 140 million copies worldwide.

A special place for Belgians

Despite the Belgian Comic Strip Center being one of the most popular museums amongst Belgians, we preferred other museums. If you don’t speak French, you might be a little disappointed since this is the language all the comics are written in. 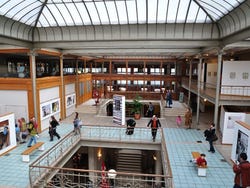 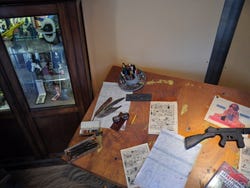