American citizens travelling to Belgium for less than 90 days do not need a visa. However, they will need a valid passport for at least six months beyond their stay. They may also be asked by the Immigration officers to show enough funds for their stay and a return airline ticket.

As citizens of the European Union and European Economic Area, you will not need a visa to enter the country.

The following countries do not require a visa for visits lasting less than 90 days, but require a valid passport to enter Belgium.

For citizens of countries not previously mentioned, we recommend going to the Belgian Embassy or visit the Belgian Ministry of Foreign Affairs’ website for more information: 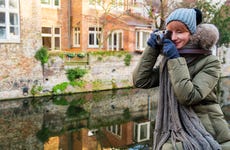