Brussels is one of the best connected cities in Europe thanks to its importance as capital of the European Union. It shares borders with Germany, the Netherlands, Luxembourg and France. It has air routes to all major cities and is extremely well connected by train to its neighbouring countries.

Travelling from the U.S.

Passengers will find direct flights to Brussels from Toronto and Montreal.

There are currently no direct flights from Australia to Brussels since the distance calls for at least one stop to refuel, although it is thought that the first direct flights between Australia and Europe could be a reality in 2017. Nevertheless, the main cities that offer flights to Brussels in Australia are Brisbane, Perth, Melbourne and Sydney.

If you’re travelling to Belgium from Europe, there are numerous airlines from most European cities that fly to Brussels Airport or Charleroi Airport, including many low-cost carriers.

Low-cost airlines that fly to Brussels:

To find the best deals check out our search engine, where you will be able to search and compare flights and airline companies.

Brussels Airport – Zaventem (BRU) is the most important international airport in Belgium and is the home base for Brussels Airlines.
Read more

If you are touring Europe and are visiting Paris, Amsterdam or any other neighbouring city, the best option is to book a train to Brussels. From the capitals of France or the Netherlands, the journey will take a little over an hour. If you are in London and prefer to take a train you can take the Eurostar that takes 2 hours and 20 minutes. Once in Brussels, the train is also the best option to visit nearby cities and towns, like Ghent, Bruges or Antwerp.

You can check timetables, fares and book a ticket on the official TGV website:

If you are visiting one of Belgium’s neighbouring countries, then you might want to rent a car and drive to Brussels. We recommend planning your trip with Google Maps:

If you don’t mind taking your time to get to Brussels, there is also the option of getting a bus to the capital of Europe. The main coach companies are: 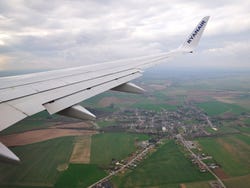 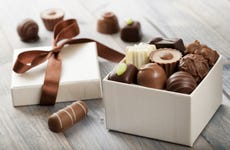